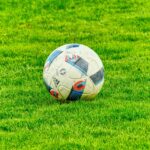 France has the strongest team in the tournament!

Even though France cannot play at home, they will still be favorites to win the entire tournament. If you look at the names in the squad, it is easy to see that they have some of the strongest players, and a team that is capable of beating all the other teams in the tournament. If you look at the list of strikers, I believe most other countries would be happy to have one such striker in the squad… not 6-7-8. It is one thing that Karim Benzema has returned to play for France, but he will have to fight hard to earn himself a spot in the starting 11, considering that the other strikers are Griezmann, Mbappe, Coman, Dembele, and Giroud. In fact, they have even more great strikers besides these as well. If I were a defender that had to play against France, I would be terrified.

When and where will France play in Euro 2020?

France is a lucky nation, considering that they will play two matches in Budapest. Why is that a good thing? As a player, one of the best things you do in life is to play in front of lots of spectators. It is one thing to have millions watching the matches on their TV screens or streaming the matches on the Internet, but it is different to play at a stadium packed with people. Unfortunately, we have almost forgotten what that feeling is like due to COVID.

During Euro 2020, there is only one city and one stadium that will be packed at 100% capacity. Do you know which city and stadium that is? That is the Puskas Stadion in Budapest. In other words, France will get to play in front of more than 60,000 spectators twice during the tournament, and that will for sure give the entire team a boost!

Who will France play against in the knockout stage?

I firmly believe that France will win Group F, but nothing can be said for sure. If they win the group, they will play the first match in the knockout stage against the best third place team from group A, B, or C. A wild guess would tell me that this potentially can be Switzerland, Wales, Denmark, Russia, Austria, or maybe Ukraine.

If France would end up second in the group, the will play against the winner of group D in the first leg of the knockout stage, which might easily end up being England or Croatia. Now, that would be interesting, wouldn’t it?

Are you ready for the European Championship in football? We hope it will be a tournament of joy and great football, and that there will be no reasons at all to worry about COVID during the different matches at the stadiums.

What do you believe? Will France win the tournament? I would love to hear your thoughts and comments! 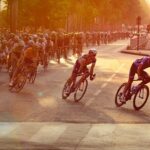 We have just finished the FIFA World Cup 2019 in France, and already the next big event is running – Tour de France 2019!

Tour de France in 2019 started in Brussels in Belgium, but only the first three races will be arranged there. After that, all the action is moved to France and it will be a fantastic event as all the bicyclists will do their best to stand with the gold medal in hand after the final race ending up in Paris on July 28th.

It is quite impressive considering how the contestants will drive more than 3450 kilometers on their bicycles in less than 22 days. And yes, some of the days are resting dates as well, meaning that they are really moving big distances on every single day in which there are actual races being arranged.

Tour de France is considered to be one of the most important bicycle races every year, and also one of the hardest. Together with Giro D’Italia and Vuelta a Espana, this is what makes the contestants wake up early in the morning to exercise every day… to win one of these races.

The competition was established in 1903, and it has been running mostly every year since then. In 2019, some races will be arranged in Belgium, and in other years, Italy, Germany, and Spain have also arranged some of the races of the popular competition.

If you want to read more about Tour de France, check this article in Britannica Encyclopedia.

Last year, Geraint Thomas won the tour (the 105 edition of the race). He won ahead of Tom Dumoulin and Chris Froome. Many people expect Geraint Thomas to win again this year, but as we all know, anything can happen in the cycling sport, so you better pay attention in order to not miss out on any important moment.

For more information about other interesting events and things going on in France and Paris, make sure to look around in our Paris Guide to learn, find out, discover and to be informed! 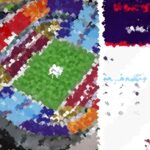 Did you know that the FIFA World Cup is arranged in France at this very moment? It all started on June 7th and it will last for one full month. The opening match was played between France and South Korea at Parc des Princes in Paris on June 7th, and the final will be played at the Olympic Stadium in Lyon exactly one month later.

France is a great host for such competitions and not only are they a great host, but they are also very good at playing at home ground. During the European Championship in 2016, they almost won the trophy, but they ended up losing the final against Portugal. But, in 2018 France was able to get revenge as they won the FIFA World Cup 2018 for men. Can they win the FIFA World Cup in 2019 as the females compete?

France got a great start on the tournament winning 4-0 against South Korea, but they have some more tough group stage matches ahead before they will enter the knockout stage. Their toughest match during the group stage will be played against Norway on June 12th. You can find the ultimate FIFA World Cup streaming guide with schedules and much more here.

Most people agree on the fact that the French team is among the biggest favorites to win the entire World Cup. There are, however, some tough opponents, and the United States might be the biggest of them all. They started the World Cup with a 13-0 win against Thailand. That doesn’t have to mean a lot, but it sure says something about their attackers and their ability to score a lot of goals.

France will play their last group stage match against Nigeria on June 17th and after that it will be time for the knockout stage. But, will Norway or France win the group A? Most people expect it to be France, but a lot will depend on their performance in the match against Norway on June 12th.

Matches played in Paris during the World Cup

Quite a lot of matches will be played in Paris during the FIFA World Cup. But, it is also easy to travel around in France with car of with some of the rapid trains if you desire to see a match live at the stadium somewhere else than in Paris.

You can buy tickets at some of the stadiums or at the official website of the tournament. 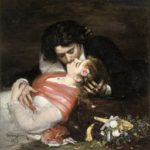 How do we love? How has love evolved throughout the history of man? Visit the Louvre museum in Lens (not in Paris) between September 26th, 2018, and January 21st, 2019, to find out and learn more about this interesting topic!

The way people have looked upon love, spoken about love, and portrayed love, has all changed a lot throughout history. There have been times when falling in love has almost been a sin, while love has been romanticized in other parts and times of history. This can also be seen and followed looking at paintings and sculptures made by famous artists. If you decide to visit the Louvre museum in Lens in this period, you will have the chance to do exactly so… go for a walk and discover the evolution of love through famous paintings and sculptures.

Ps: We normally only write about exhibitions in Paris, but we have made an exception or this interesting exhibition.

The Love exhibition in Louvre

The exhibition will portray more than 250 artworks, and it will display pictures belonging to the following groups: Seduction, Worship, Passion, Relationship, Pleasures, Romanticism, and Freedom. The artworks on display are made by artists such as Memling, Fragonard, Delacroix, Canova, Rodin, and Claudel.

If you want to know more about this exhibition in the Louvre in Lens, visit the homepage of the exhibition. If you want to visit Lens for the sake of this exhibition, the address of the museum is 99, rue Paul Bert, 62300 Lens. The travel time from Paris to Lens with a car is around 200km and should take approximately 2 hours (depending on traffic and your starting point in Paris).

Do not forget to visit our Paris Guide for more information about attractions, sights, activities, and recommended programs during your trip to Paris. And, if you need to pee while walking the streets of Paris, check out this article on the outdoor pissoirs in the city. 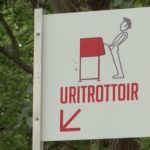