Smaller concerts in Paris are spread out on a whole lot of smaller and larger venues, like for example Bercy. But, the real big hot shots, they come to Stade de France. This stadium is the national stadium of France, located in the Saint-Denis area. It is in fact the eight largest stadium in all of Europe, with a capacity on more than 80,000 people, all with a seat to sit on.

The construction of Stade de France started in 1995 and the official opening of this magnificent stadium was on January 28th in 1998. Later that year France won 3-0 against Brazil in the World Cup Final at the same stadium!

Throughout the year the stadium has hosted a lot of important sport events, but it has also served as the venue for some of the greatest concerts in the history of France. Among the artists who have visited Stade de France you find names such as Tina Turner, The Rolling Stones, AC/DC, Bruce Springsteen, Paul McCartney, George Michael, Andre Rieu, Celine Dion, U2, Depeche Mode, Red Hot Chili Peppers, Madonna, Coldplay and other artists.

For news on upcoming concert in Stade de France, check the news feed further down on this page.

How to get to Stade de France?
If you are planing on visiting the stadium, you better leave your car at home. There are very limited amounts of parking lots near the stadium, so the usage of public transportation is normally recommended.

Those artists performing on Stade de France are often the same as those who perform on the Wembley Stadium in London or at the Ernst Happel Stadium in Vienna. 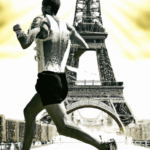 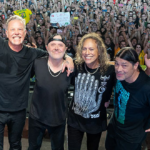 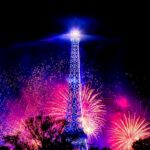