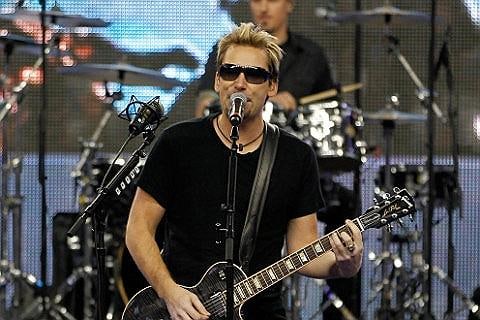 The capital of France, the fabulous Paris is famous about lots of things. People usually call it the city of lights, the capital of love and romance or the cultural center of Europe. These things are all true, but do not forget, Paris is not just the place, where you can romance or be cultured, but here you can have fun too. Famous people like to visit the city, because here besides the concerts they can have fun too because of the attractions and program opportunities. In our following article we would like to serve some useful information about the Canadian rock band, the Nickelback’s concert.

The group was founded in 1995, and their name came from an English wordplay, which was the bass guitar player, Mike Kroeger’s idea when he worked at a Starbucks café. Ever since, the guitar has changed the coffee and the success and fame have changed the alms. The band released several albums during this almost twenty years. The Greatest Hits double album, which released in 2012, includes this long-term success. After that, the band has wanted to start a worldwide tour, so the fans could hear the songs live. Of course the capital of France, Paris must be on the list of the European metropolises.

If you are interested in too about the Canadian rock band live, then visit the Palais Omnisports de Paris-Bercy at 20 November 2013, because on this day the Nickelback will have a hilarious concert here. Have fun!