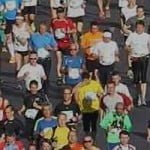 Which are the top events in Paris in 2015? In this article we will list some of the nicest programs in 2015.

Paris is the capital city of France and one of the most visited and most popular cities in whole Europe and in the world. Paris is not only the fashion capital but also the most fascinating European city. As Paris is a really popular destination there are countless programs such as various concerts, festivals and exhibitions through the whole year. So we will just go through some of the programs the city offers in 2015.

If you are into sports especially marathons and jogging then the perfect program for you is the ‘Marathon de Paris’. It is one of the most popular sport event in the city and it attracts thousands of people every year. The route of the marathon leads through the most beautiful spots in the city. The ‘Marathon de Paris’ will be held some time in April 2015. Another famous sport event in the life of the city is the ‘French Open Tennis (Roland Garros)’. Through the years it grow itself out to one of the largest tennis tournament in Paris.

If you more into films and film making then the best program for you will be the ‘Festival Paris Cinèma’. At the festival you can check the premiers of the French movies along side with the international movies as well. The ‘Festival Paris Cinèma’ will take place some time in July. Each year in November when Christmas and the holidays are close the Christmas markets open their gates in the city. The markets are usually open from the end of November until the end of December or the beginning of January.These markets may not be as famous as the christmas markets in cities such as Prague and Budapest, but they are absolutely worth visiting anyway!

Apart from the various festivals, marathons and markets in 2015 Paris will host multiple concerts as well. In this year there will be more than 1900 concerts in the capital of France and visitors can attend the most famous artists concerts such as Ed Sheeran, U2, Usher, Robbie Williams and so on.

If you want to know more on the programs in Paris read on about upcoming concerts and events and festivals here in our Paris Guide!