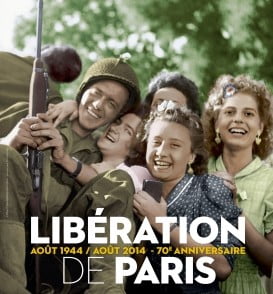 This exhibition is about the liberation of Paris in images. In 1944 November France and the allies were still fighting and they were just liberated and the very first exhibition on the Liberation took place at the Carnavalet Museum in Paris, France.

Nearly three quarters of a century later on the 70th anniversary of the Liberation of Paris there will be an exhibition to celebrate one of the biggest moments of France. The exhibition is meant to show the struggle of the Parisians the fights they had to fight through the eyes of the greatest photographers of that time. From 1944 the curator of the Carnavalet Museum started collecting and documenting for the future historians and made an appeal to “establish a comprehensive documentation of the liberation of Paris.” The visitors can have a look in the life of the World War II based on the documents and photographs which were taken by then. The collection of the exhibition is nearly the same as at the first exhibition in 1944 at the Carnavalet Museum.

For more information about Paris in general, the attractions of the city or other museums and exhibition, read around in our Paris Guide.