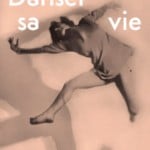 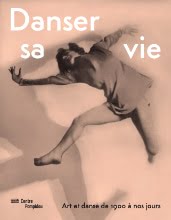 From November 23rd, 2011 until April 2nd, 2012 you can see an interesting exhibition in the Pompiodu Centre in Paris. This is the official description of the event:

“The Pompidou Centre in Paris presents an exhibition for the first time focussing on dance and the visual arts from the early 20th century to the beginning of the 21st century. Danser sa vie (Dancing One’s Life) brings together the most significant works of modern and contemporary art, as well as research by dancers and contemporary artists. Visitors can explore different conceptions of the body in movement through the visual arts (paintings, sculptures, installations, audiovisual works) and the art of choreography.

Three major components are at the heart of the tour: the La danse des sens (dance of the senses) from Auguste Rodin to Matthew Barney, l’abstraction du corps (the abstraction of the body) from Loie Fuller and Alwin Nikolais and le corps comme événement (the body as an event) from Dada to Jérôme Bel. Works by Alexander Calder, Yves Klein, André Derain, Henri Matisse and Pablo Picasso will also be on show.”