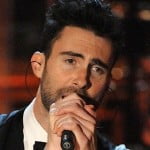 If somebody wants a really good program for this summer, than we have a great tip. The famous Californian band, the Maroon 5 will visit several bigger cities, including the amazing capital of France, Paris, during a smaller European concert tour. Would you like to know more information about this? Than read our following article!

The Maroon 5 formed in 1995 in the famous American city, Los Angeles. The members are Adam Levine singer and rhyme guitarist, James Valentine solo guitarist and vocalist, Jesse Carmichael keyboarder and vocalist, Michael Madden bass guitarist and Matt Flynn drummer. The band’s original name was Kara’s Flower; they changed it to Maroon 5 in 2002. One year later, in 2003 they released their first really successful album, the Songs About Jane, and they have got the worldwide fame with it.

I am sure that you know and love the Maroon 5, because the band wrote genius hits, for example the She Will Be Loved or the biggest favorite of the last year, the Moves Like Jagger. Because of that we say, you definitely shouldn’t miss the Maroon 5’s concert at 2 July 2013 at the Bercy Stadium, Paris.

Organize a lovely holiday to the French capital with your friends, family or partner. Visit the most famous attractions in Paris, for example the Arch de Triomphe, the Eiffel Tower and the Notre Dame. Make this summer unforgettable and feel yourself very good at the Maroon 5’s concert in Paris!