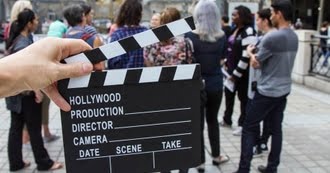 Join the Paris Walking Tour in which you can discover where your favorite movies were shot in Paris. The tour is lead by a professional guide who will show you the various sites in Paris that were used in different movies and television shows. During the tour visitors will have the chance to see the sites used in the famous Woody Allen movie, the Midnight in Paris, Before Sunset and many more.

Meet your professional guide in the center of Paris who will show you around in the city and learn how Paris became one of the most popular locations for various movies, from thrillers such as The Bourne Identity, and the James Bond series to animated movies like the Ratatouille. During the two-hour-long tour you will have the chance to check where your most beloved movies were shot such as the restaurant where Julia Childs had dinner, the romantic street where Andy and Christina kissed and the famous Shakespeare and Company bookstore of Before Sunset.

The Paris Walking Tour is a perfect opportunity to discover the local streets of the city and learn more on Paris.

If you want to know more on the Paris Walking Tour and the tickets, visit Viator.

For more information about films that were shot in Paris, read this article.