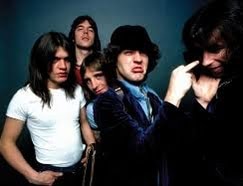 AC/DC is back with a world tour and a new album in 2015 and the band will be on stage in Paris as well. AC/DC is an Australian hard rock band which was formed by Malcolm and Angus Young in 1973.

The band quickly became one of the most popular bands world wide and it is also considered as the pioneers of heavy metal. The line up of the band consists Angus Young, Chris Slade, Cliff Williams, Phil Rudd, Brian Johnson and Stevie Young.

AC/DC is back with a world tour from the middle of April 2015 which supports the band’s 15th album Rock or Bust that came out in the end of 2014 and it is also celebrates the 40th anniversary of the band. AC/DC with the Rock or Bust World Tour will give plenty of concerts world wide including Paris as well.

In Paris the band will be on stage two nights, the first concert will take place on the 23rd May 2015 and the second concert will be held a few days later on the 26th May 2015. Both of the concerts will be at the Stade de France.
Tickets for the concerts are already available.

For more information on the tickets and prices check the following site: WorldTicketShop