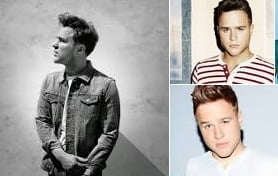 Olly Murs will be back in Paris with a concert during his world tour in 2015.

Olly Murs is an English singer, songwriter and musician who got well known after finishing in the sixth series of the UK X Factor in 2009. The most notable songs of Murs are Troublemaker, Heart Skips a Beat, Dance With Me Tonight, Dear Darlin’, Army of Two, Busy, Oh My Goodness, Right Place Right Time and so on. So far Murs released 4 albums and the latest album the Never Been Better came out last year in 2014.

So from the beginning of 2015 Olly Murs is back on the road with his tour in which he will give plenty of shows mostly in Europe’s larger cities including Paris, London, Amsterdam, Vienna, Oslo and so on.

The Olly Murs concert in Paris will be on Monday on 18th May 2015 at the L’Olympia. The previous night on Sunday Olly Murs will give his concert in Amsterdam. Tickets for the concerts are already available.