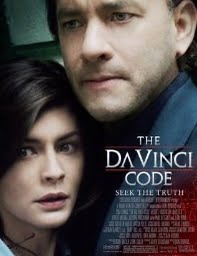 There are literally countless movies that were shot in the capital of France in Paris so in this short article we will just list and introduce you to some of the most popular ones. 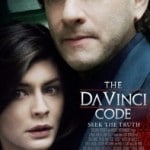 Probably one of the most famous ones is the American mystery thriller movie the Da Vinci Code which was directed by Ron Howard. The film starts in Paris and its most famous spots such as the Louvre. The movie is an adaption of the novel Da Vinci Code by Dan Brown. The film stars Tom Hanks, Audrey Tautou, Ian McKellen, Alfred Molina, Jürgen Prochnow, Jean Reno and Paul Bettany.

Our second movie from the list is the Midnight in Paris. The Midnight in Paris is an American romantic comedy fantasy movie which was released in 2011 and it was written and directed by Woody Allen. The whole movie is set in Paris and follows the story of the young screenwriter Gil Pender how he travels back in time every midnight. The movie stars Owen Wilson, Rachel McAdams, Marion Cotillard, Kathy Bates and Carla Bruni. 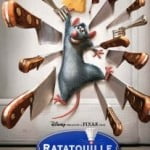 Our third favorite is the Ratatouille. Although the Ratatouille is only an animated movie it still takes place in the beautiful Paris. The Ratatouille is an American computer-animated comedy movie which was released in 2007. The movie is produced by Pixar Animation Studios and Walt Disney Pictures. Ratatouille the name of the movie refers to the French dish ratatouille. The film tells the story of a young chef and an ambitious rat who is passionate about cooking.

In the brand new Mission Impossible movie, you can see lots of scenes from the beautiful city of Paris. A quite large part of the story takes place in Paris, and you get some really nice panorama shots as Tom Cruise jumps out of a plane above Paris to get hold of a bad guy.

Parfume: The Story of a Murderer

Parfume: The Story of a Murderer is a German thriller movie which was released in 2006 directed by Tom Tykwer and written by Andrew Birkin and Bernd Eichinger. The movie takes place in the 18th century France and it tells the story of the young man Jean-Baptise Grenouille who is an olfactory genius. The movie is an adaption of the novel Parfume by Patrick Süskind.

One of the most known and most popular Christopher Nolan movie, Inception has also some scenes that were shot in Paris for example when Leonardo DiCaprio travels to Paris to find the perfect architecture for his plan. Inception is an American science fiction thriller film which was released in 2010. The movie stars Leonardo DiCaprio, Ellen Page, Joseph Gordon-Levitt, Marion Cotillard, Ken Watanabe, Tom Hardy, Dileep Rao, Cillian Murphy, Tom Berenger and Michael Cain. 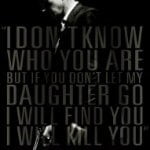 Another famous movie that was set in Paris is Taken at least some of the scenes in the movie takes place in the capital city of France. Taken is a French action thriller which was premiered in the cinemas in 2008. The movie was written by Luc Besson and Robert Mark Kamen and it was directed by Pierre Morel. The movie stars Liam Neeson, Maggie Grace, Leland Orser, Jon Gries, Katie Cassidy and so on. The story follows Liam Neeson who is a former CIA agent who tries taking down the human traffickers who kidnapped his daughter.

The last movie on our list is “2 Days in Paris”. 2 Days in Paris is French-German romantic comedy-drama movie which was released in 2007. The movie was written and directed by Julie Delpy who also played the female main character in the movie. The movie tells the story of a couple staying for two days in Paris.

These films can all be seen on Amazon.com. If you have problems watching films on Amazon because of your current location, find out more about watching Amazon Videos from abroad in this article.