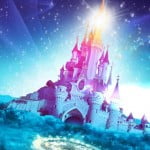 30 kilometers from Paris the amazing Disneyland can be found. For twenty years the parks have given joy to millions of people, and they are planning to do so also in the future. From April 1st until December 31st in 2012 Disneyland will celebrate their 20 year anniversary with special programs, magic lights and special colors. 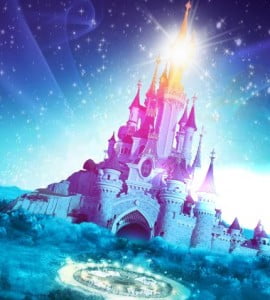 According to the official Disneyland program there will there will be a night spectacular nighttime show named “Disney Dream.” This is the story from the Sleeping Beauty Castle where you can see spectacular flights of fancy wrapped around it as Peter Pan’s shadow escapes to bring you the rainbow reality of Disney Dreams. There will also be a new amazing parade, described as: “Flying out from their unforgettable stories trailing light, colour, music and magic, they glide through the park’s party atmosphere, before Mickey and friends shine in a spectacular finale.” During the celebration you are also invited to travel with the Celebration Train. The Celebration train travels throughout the day and the festive Birthday Train will be pulling in to Disneyland Park’s Central Plaza. It’s bringing the all-time Disney favourites like Minnie, Chip and Dale, Donald, Daisy and Pluto to Sleeping Beauty Castle, where they’ll take their places to meet with their fans and friends!

Another new thing during the celebration is that you are invited to join Mickey backstage in his theatre, where he will share some of his favourite props and costumes and even pose for a special photo souvenir with you and your family.