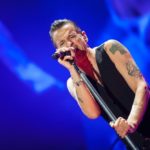 Would you like to start July in the best possible way? Come to Stade de France in Paris on July 1st and experience Depeche Mode live in concert.

When Depeche Mode arrive to Paris on July 1st they have lots of concerts behind them, and only a few ahead of them. This will be one of their last concerts in Europe in 2017, so if you haven’t had the chance to listen to them live in concert earlier in 2017, make sure to do so in France and in Paris.

Once they leave Paris they will travel on to Gelsenkirchen in Germany, to Lisbon in Portugal, to Bilboa in Spain, to St Petersburg in Russia and to Moscow, and once they are finished there it is game over for those who haven’t seen and listened to Depeche Mode live in concert in Europe in 2017.

The Depeche Mode concert in Paris in 2017

The Depeche Mode concert will as you know be arranged at the magnificent Stade de France in Paris. This is the number one venue for such events and it is the biggest there is. You can in other words expect there to be around 80,000 people attending the Depeche Mode concert in Paris, and if  you want to be one of them then you can buy your tickets at the site referred to further down in the article.

The Depeche Mode concert in Paris will start at 18.00 on July 1st. That is quite early, but hopefully it will not be way to hot as the concert starts. If it is, make sure to bring or buy some water, so that you have something to drink!

If you have some spare time we can warmly recommend a wine tasting in Paris, a river cruise and of course you need to visit the popular attractions of Paris. Have a wonderful stay in our beautiful city! 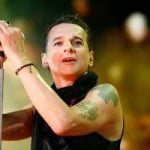 On May 7. in 2013 a new Depeche Mode tour will start and the first destination is Tel Aviv in Israel. After that concert Depeche Mode will travel on to London to do two concerts there, they will visit Budapest, Berlin, Hamburg, Bern, Copenhagen and lots of other cities, and then they will of course come to Paris and to Stade de France as well. This is the biggest concert arena in Paris and it has space for about 80,000 people. And we have a feeling it will be packed as Depeche Mode yet again returns to Stade de France. The English electronic music band has been there before and they probably return to the same city and venue again, since the first concert was such an amazing success.

Depeche Mode is listed on a list of fifty bands that changed the world, and though they might not change your life, you will still like their music and have the music on your head for a long time both before and after the concert. To be prepared for the concert, why not buy the latest and older Depeche Mode albums and MP3’s from Amazon.com?

But, the CD is not enough if you want to be there in Paris on June 15th at 20.00 as Depeche Mode enters the stage. You need some valid ticekts as well, and if you want Depeche Mode tickets for this concert in Paris, then you can order them using the links further down on the page. Check out all three links, and buy tickets from the page with the tickets suiting you the best and of course, the cheapest solution.

While in Paris you will probably not meet Dave Gahan, Andy Fletcher and Martin Gore in the Eiffel Tower or in the Louvre Museum, but you should still check these popular Paris attractions as you visit one of the most beautiful cities on the earth. The sight from the top of the Eiffel Tower is just as stunning as the music of Depeche Mode! 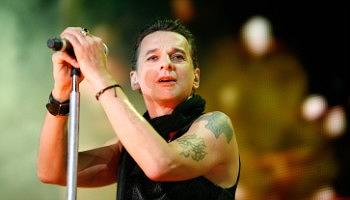