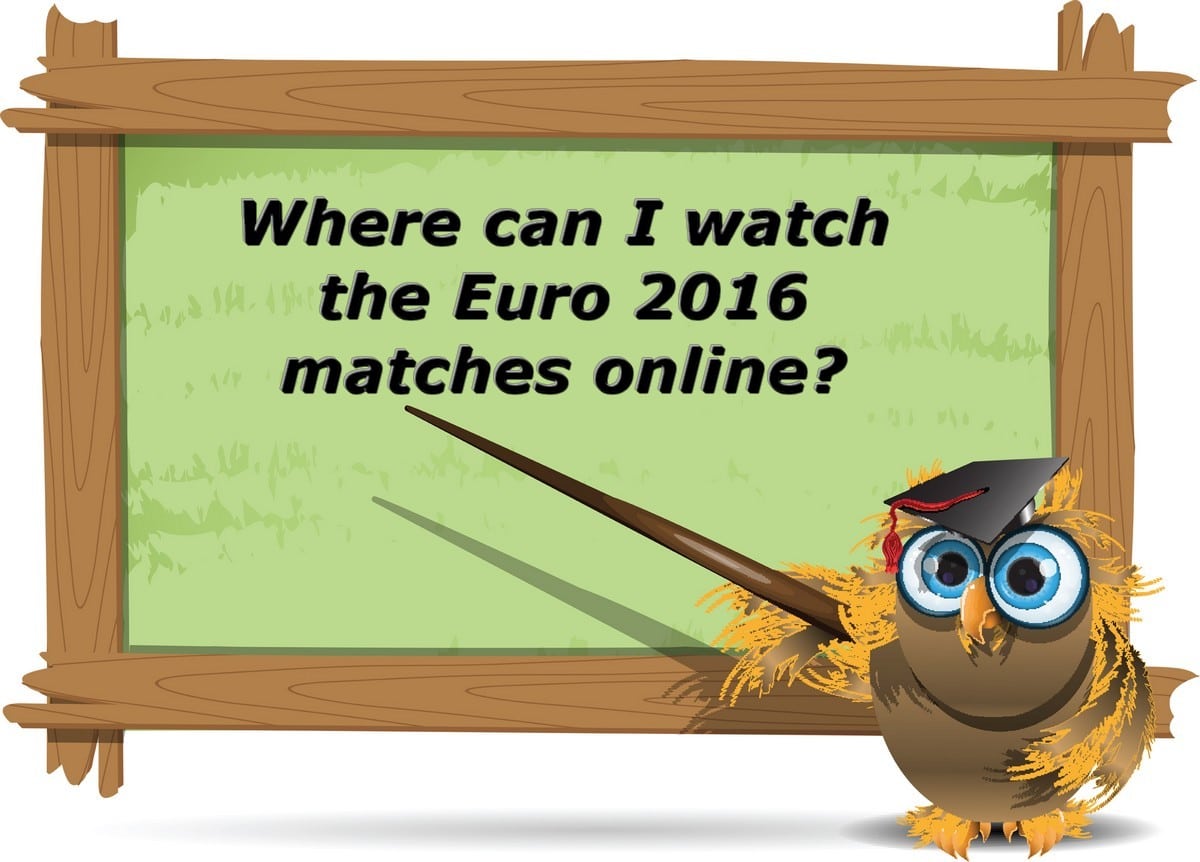 I will not be able to make it to France for the Euro 2016, but I would love to watch the Euro 2016 matches online since I can not be there in person. Can you please tell me the best way to do so?

It is a pity that you will not come to France and to Paris for the Euro 2016, because it will be a fantastic event. We have earlier written about the upcoming Justin Bieber concert in Paris, but compared to the Euro 2016 that is just nothing at all. Quite a lot of matches will actually be played in Paris at Stade de France and at Parc des Princes. For example the opening match between France and Romania on June 10th will be played at Stade de France. We understand that you want to watch the matches online if you can not be here in person, and here are our advises to you.

The very best way to watch the Euro 2016 matches online is for sure to watch them on English TV. They have the best commentators, they show all the matches and the commentators speak a language you understand, which truly is a big advantage. In England BBC and ITV will broadcast the event together which means that you will need to switch between the two broadcasters, but that should be no problem at all.

The ITV website can be found at ITV.com and the BBC website at BBC.co.uk. Notice that you will need to be located in England to actually watch their live streams, but in a way you do not need to be there anyway, because if you follow the instructions in one of the linked articles you will find out how you can easily watch the Euro 2016 matches online on ITV and BBC also from outside the United Kingdom.

You do not need to read both articles linked to above, because the method is exactly the same in both versions, so if you read more about watching Euro 2016 online from abroad on ITV and follow the instructions you can watch all matches broadcasted on BBC as well.

Want to watch Euro 2016 online at some other channel?

If you don’t feel satisfied and would like to watch the Euro 2016 matches online in another nation and on another TV channel then you can find a full list of Euro 2016 broadcasters in the linked article.

But, why not look around once more to see if you can find a cheap hotel in France, a nice flight ticket and come to visit our country and city anyway? It will for sure be much cooler to experience the Euro 2016 here in France than at home in front of a screen? And if you are in France you do not even need to go to the actual stadiums, but you can watch all matches in sports pubs and other venues all around the nation.