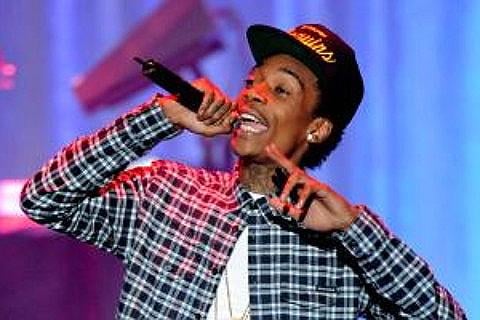 A young talent will arrive to the French capital. He is Wiz Khalifa, the only 25 years old rapper. His debut album released when he was only 17, in 2006. The overwhelming success became one year later when he released his LP, the Say Yeah, what had worldwide success. Today he is over on his 4th album, and he usually gives full house concerts from Dallas to Berlin. On 24 September 2013 he will cheer up his fans with true hip-hop concert at the Le Zénith Arena in Paris.

Besides that he is a very successful and young musician, he has one more reason to be happy, because his first son, Sebastian Taylor Thomaz was born in 21 February 2013. In his hometown Pittsburgh the government appointed 12 December 2012 to Wiz Khalifa day, to show their proud about the rapper. Wiz is very famous about that he is very big fan on every sport club in his hometown.

On his concerts the good atmosphere is natural; you can see it on the concert videos. We are inviting our readers to a fantastic French holiday, where this concert is the perfect plus program, and as we could experience on the earlier concert tours, it is easy to run into him in Paris’ downtown. Do not miss Wiz Khalifa’s hilarious concert on 24 September 2013 at the Le Zénith Arena in Paris! Have fun!